The world's top photographers have captured the stunning images of celebrities as you've never seen them before - stripped down in the lap of luxury or in the most unexpected situations. Welcome to 140 unique images that will blow your mind!

The private photo collection of international calibre has been built up over 15 years and forms the basis of the museum's exhibitions. It is world-class photography, a unique collection of some 450 original photographs. There are more than 50 photographs by Helmut Newton and 40 Herb Ritts.

Being a Sapeur is more than a way of dressing, more than a hobby and more than a way to earn money and respect. It is a prestigious fraternity with its own moral and social codes and ultimately it is a way of living and surviving.

Dressing up and parading in the streets makes them feel important, allowing them to forget their daily struggles in chaotic Kinshasa, in the Democratic Republic of Congo.

Welcome to the opening of photographer AdeY's new exhibition at Galleri Trappan at Falsterbo Photo Art Museum on 10 June from 5 to 7 pm. Live performance starts at 6 pm.

The premiere exhibition "Dressed for Success – 100 Years of Fashion Photography" showcases more than 140 exclusive works that reflect the history of fashion photography.

Almost all the photographs are signed originals, produced by the photographer himself. No printed exhibition copies copied for display. With few exceptions, handcrafted "Vintage Prints" in limited, signed editions.

Read more
"The opening exhibition with groundbreaking fashion photo is well worth a visit"
DN.se
"Daring and varied photography in Falsterbo"
DN.se
"The crown jewel of the exhibition is Richard Avedon's 'Dovima with elephants' from 1955"
DN.se
2021 - 2022
Previous special exhibition

In photographer Ewa-Mari Johansson's exhibition "Performance Freedom", we meet strong and independent women in fashion images created for the big magazines such as Harper's Bazaar, Donna, Amica and Vogue Sposa, but also images from photo series that take us to the African savannah, and to the performance scene in New York in the 1970s and 1980s.

The images are from her entire career as a photographer, from the 1980s to the 21/2000s, and show fashion from Gianfranco Ferré, John Galliano, Norma Kamali, Prada, and the Italian haute couture house Lancetti.

In the 1970s, Ewa-Mari Johansson worked as a top model in New York, Paris, London and Milan and was seen on the cover of Italian Vogue. She was educated in the United States, in art photography at UCLA, Los Angeles, and with film studies in New York. In addition to fashion photography, she has worked with street photography, and reportage and architecture photography around the world.

Image caption The images in the performance series, which were photographed at Södra Teatern in Stockholm, examine the feminism that Madonna brought into popular culture.

In the southwestern part of southernmost Skåne, about 30 minutes drive from Malmö and the Öresund Bridge, there is Näset with Skanör-Falsterbo, among others. Here you will find some of Sweden's most beautiful sandy beaches and unique nature with rich bird life, pine forest, heather and.

About the museum
©2021 Falsterbo Photo. All rights reserved.
Menu
Book a visit
Menu 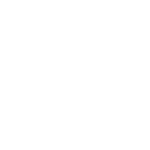